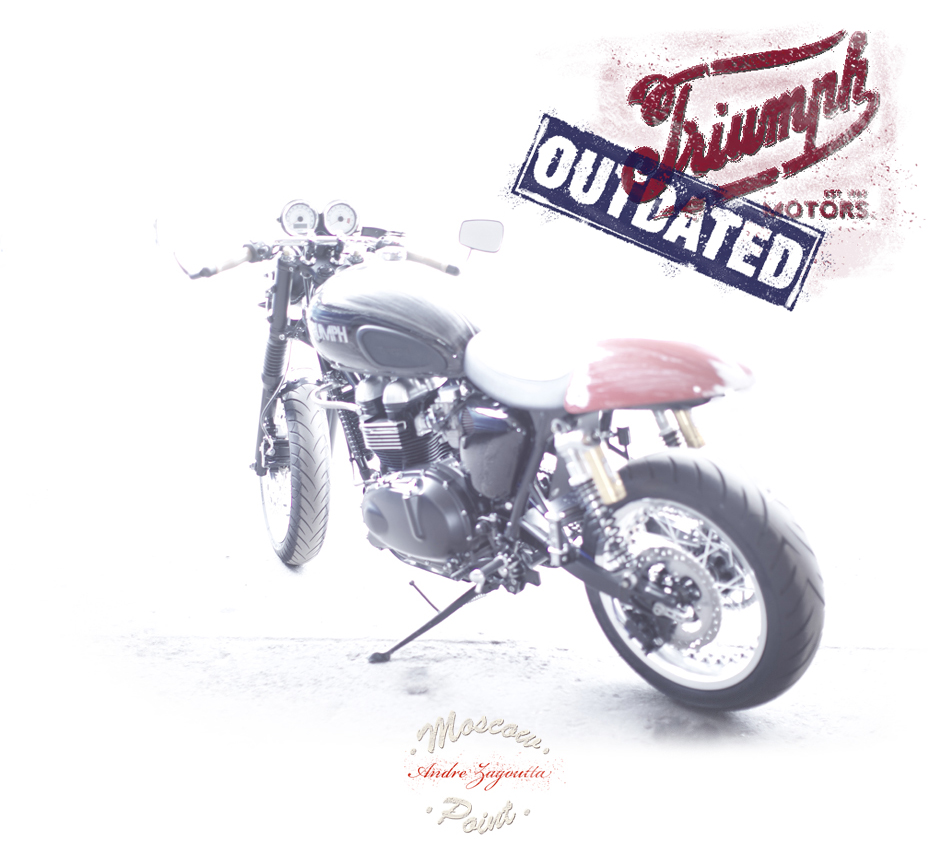 Today the British brand Triumph launches technically perfect vehicles which are able to compete with many moto producers. The wide model range has an extraordinary line of motorcycles which can be characterized as honor and solid respect to the company’s background.  The Classics series is built on a tubular frame with an air-cooled parallel-twin engine and looks almost like the models of the 1960s though is created using modern technology. Launched from the factory slipway, Triumph Bonneville and its variations are absolutely fabulous. But in the hands of a true connoisseur even such a piece of art will become an object of improvement to a model with even more expressive features. 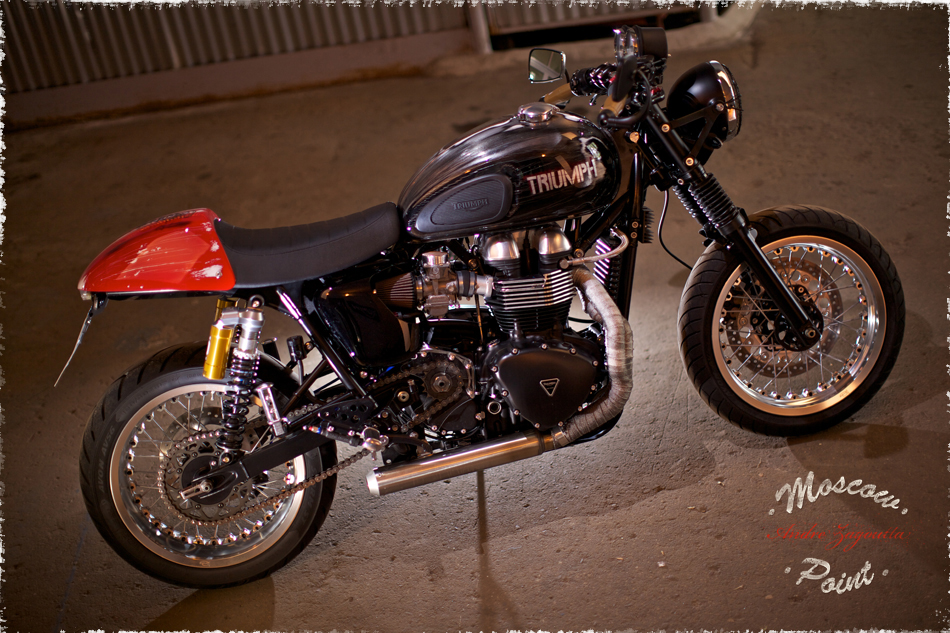 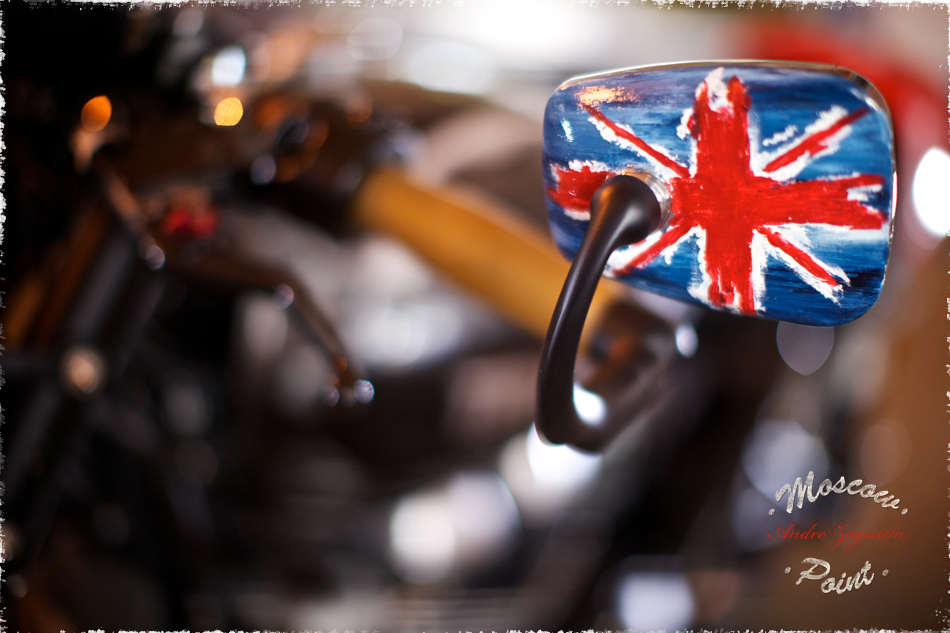 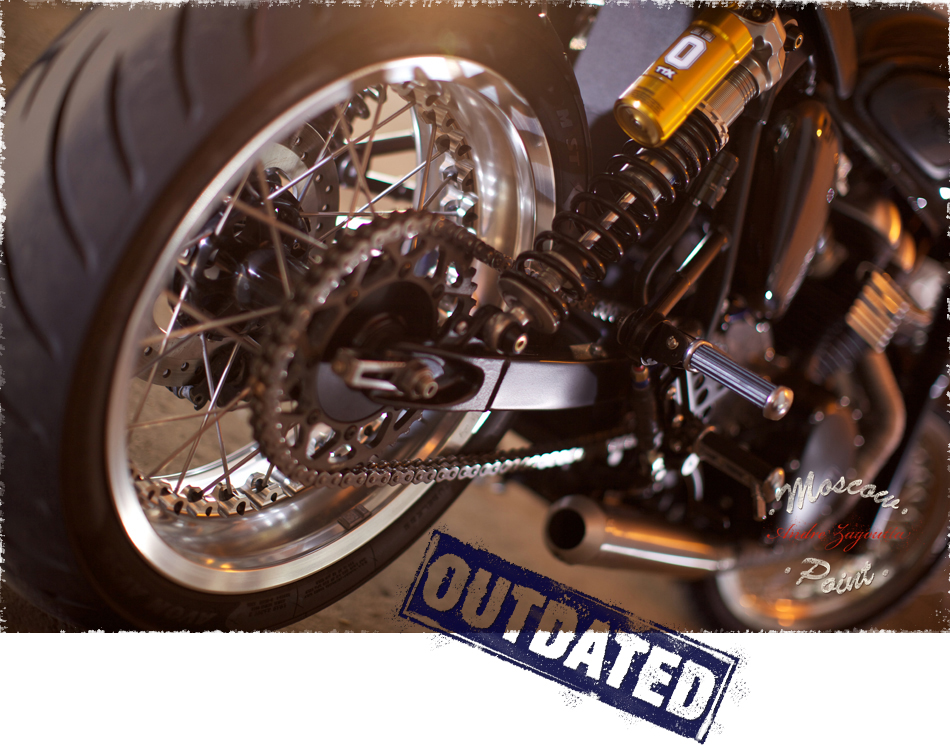 From February to March 2012 the new Thruxton was being finished according to the smallest details of its Café Racer style. A 900 power unit got a simplified breathing system. To be more precise, the air filter was substituted to K&N of zero resistance and direct-flow short exhausts with a thermo-band for temperature maintenance of exhaust fumes elegantly repeated the frame’s outline profile descending under the case and flowing together into one pipe cut along the line of the footboard. The operation may seem simple but many changes followed it: from standard installment and adjustment of Power Commander to the integration of a modified system of burning and case ventilation. This in turn led to the relocation of the accumulator, partially the wiring and the mains with the help of special fastening- hidden structures of different producers which specialize in British motorcycles. Instead of standard coils the motorcycles now have high-voltage wires Nology Profire of another famous brand- Nology Hotwires. Enhanced springs were installed for best coupling performance at this small engine power increase. The chain drive on the gearbox was exposed and a body made of transparent plastic fulfils the feet protection function. A simplified version of the back star maintained its number of cogs and is placed on an absolutely new spoke disk Kineo 5,5*17 which was manufactured using whole milling of the wheel rim in order to install a modern tubeless tire Avon 160/60 ZR17 72 W Storm 2 Ultra. The front wheel was diminished from 18 to 17 inches and was put into Avon 120/70 ZR17 72 W Storm 2 Ultra. Technical extravagance of the suspension in the form of back dampers Ohlins TTX were developed specially for this motorcycle by Andreani Group which was shocked by such an unusual order because its products are used in the world of racing ultraspeed vehicles. 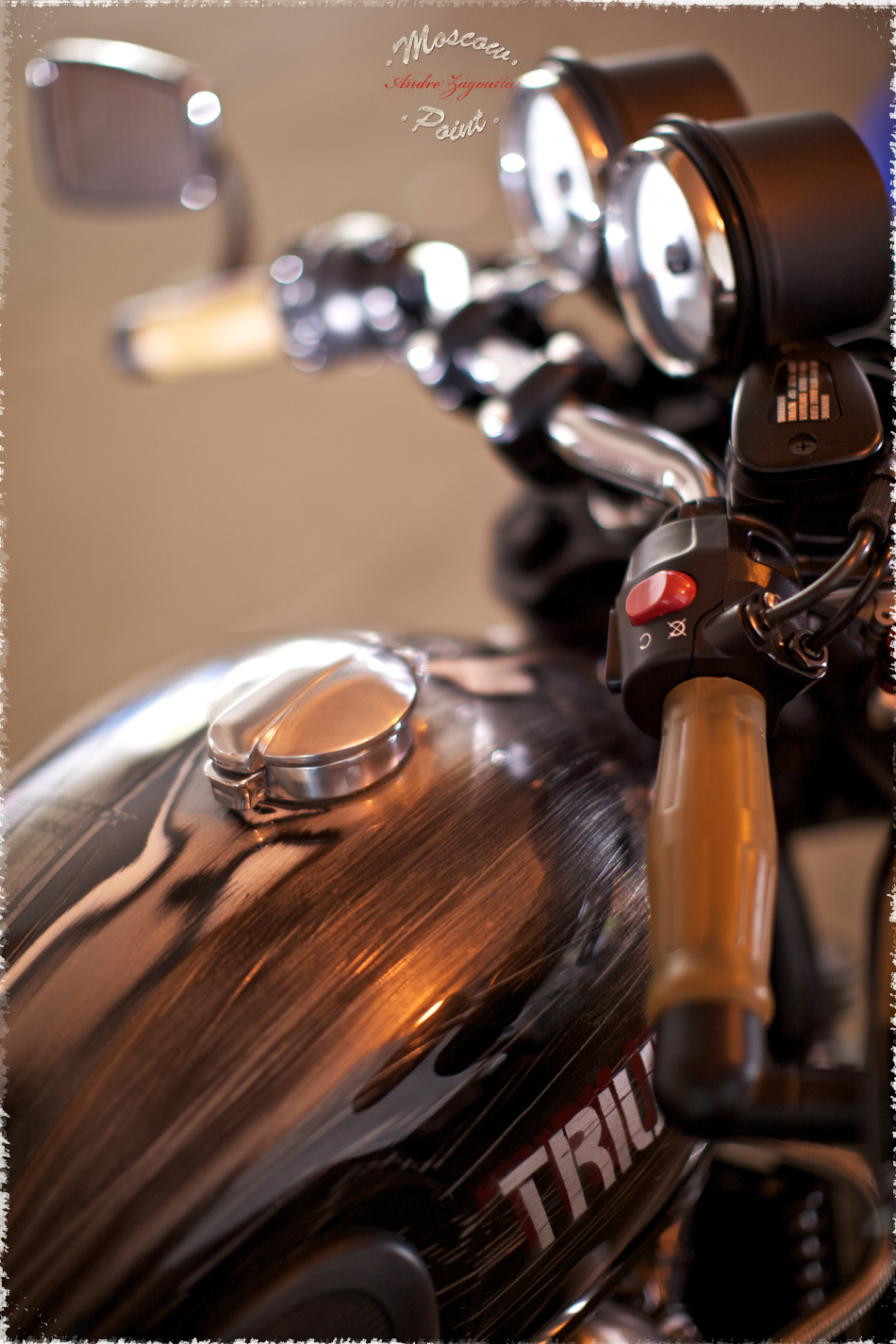 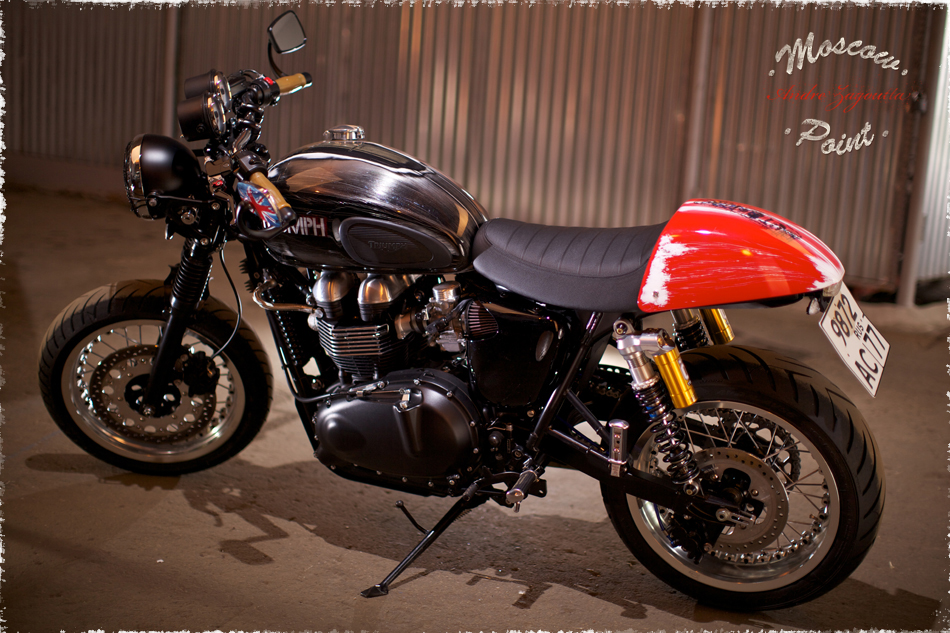 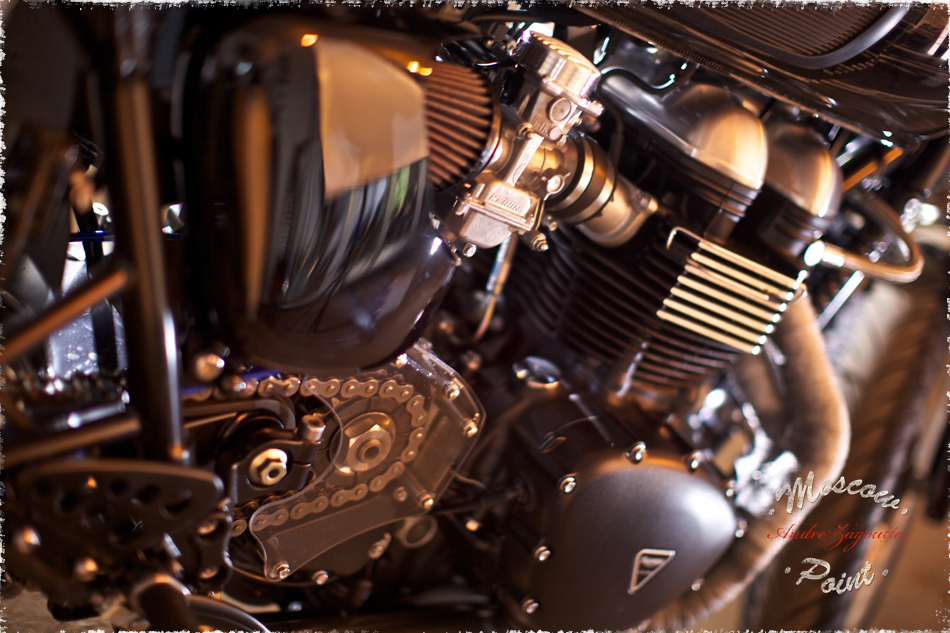 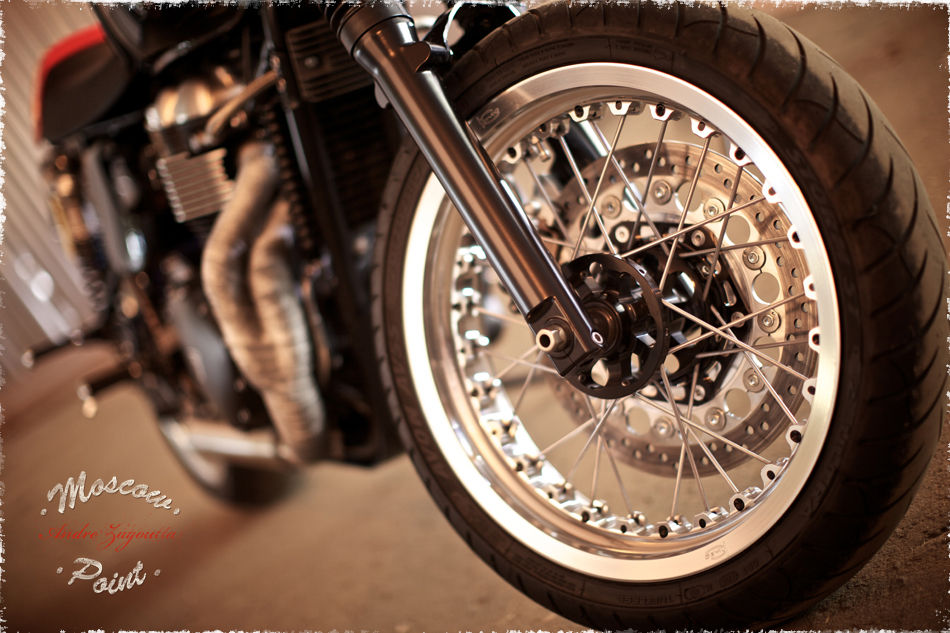 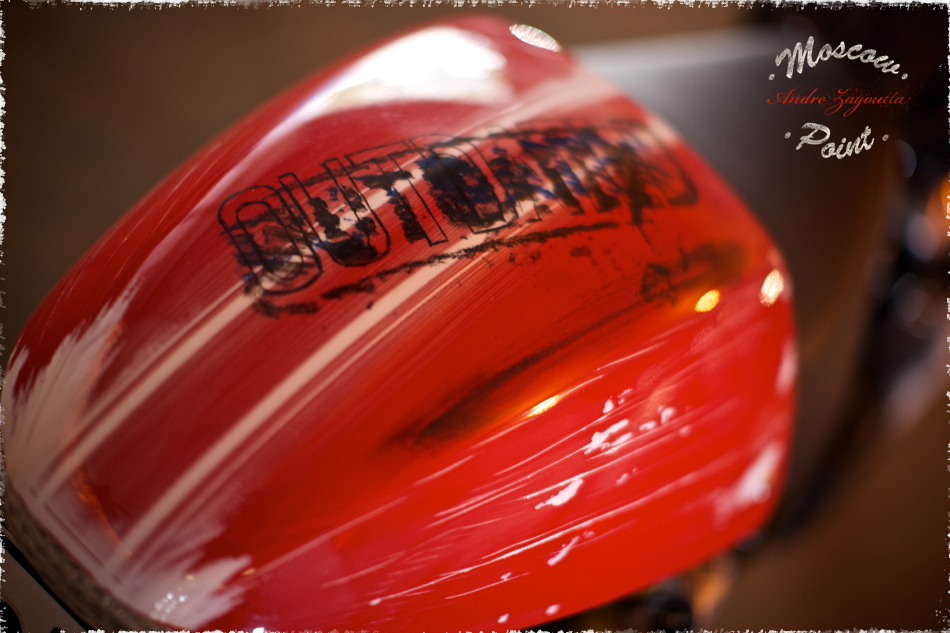 However, leaving a telescopic front fork for maximum preservation of its appearance of a classic Café, its gear was replaced by a system of Ohlins cartridges with a full range of settings on the top traverse. The board-tracker handlebars which are usual for the Thruxton model now has vintage grips made of brown vinyl. The horizon-symmetrical dash reflects the angle of inclination relieving the headlight which, by the way, is large enough. After taking off a few extra details the final general outline inspired the artist Jura for unusual ideas of stripped paint as if stripped by the airflow during speed competition. Even the red back drift looks like a gushing body of flame leaving its track. 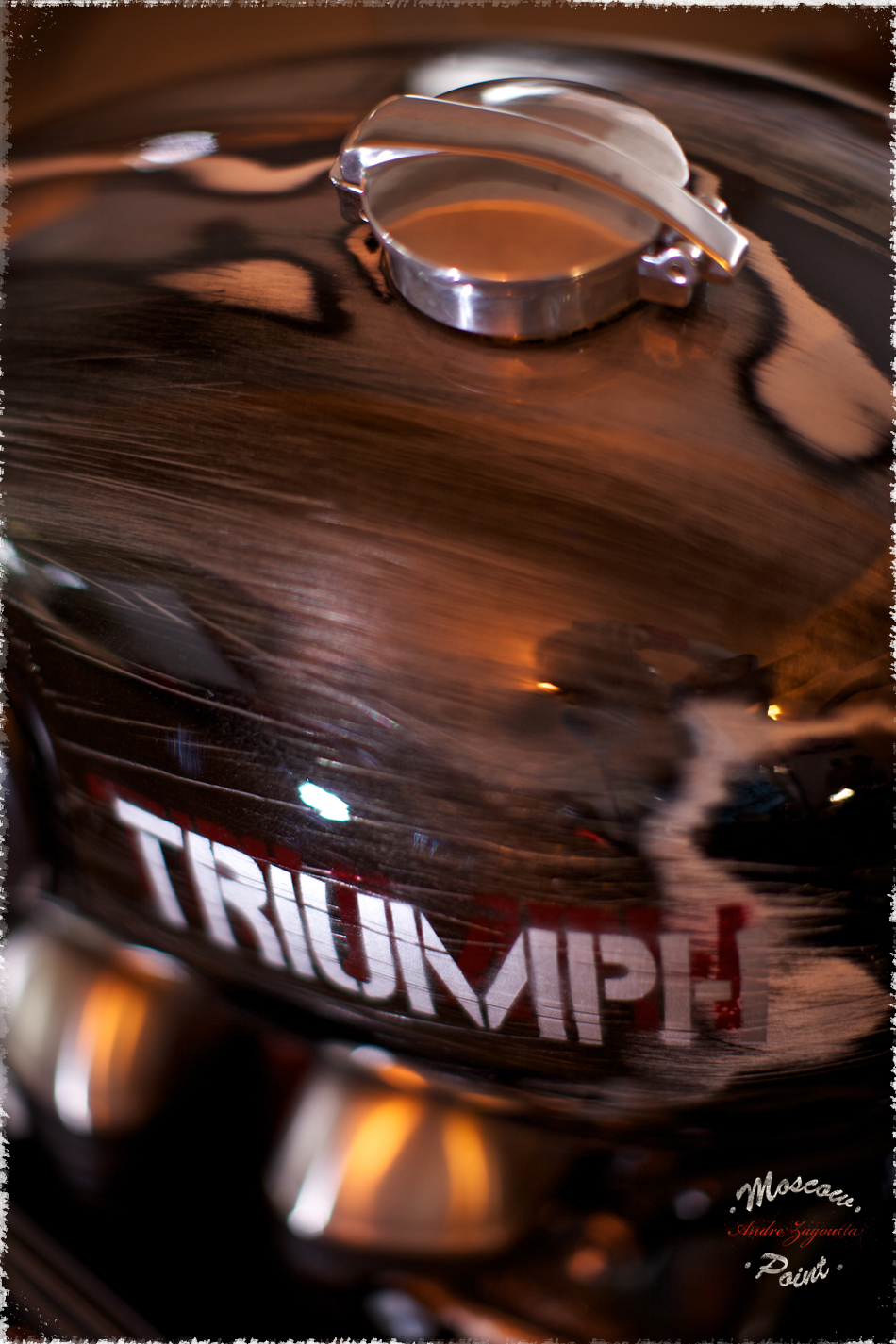 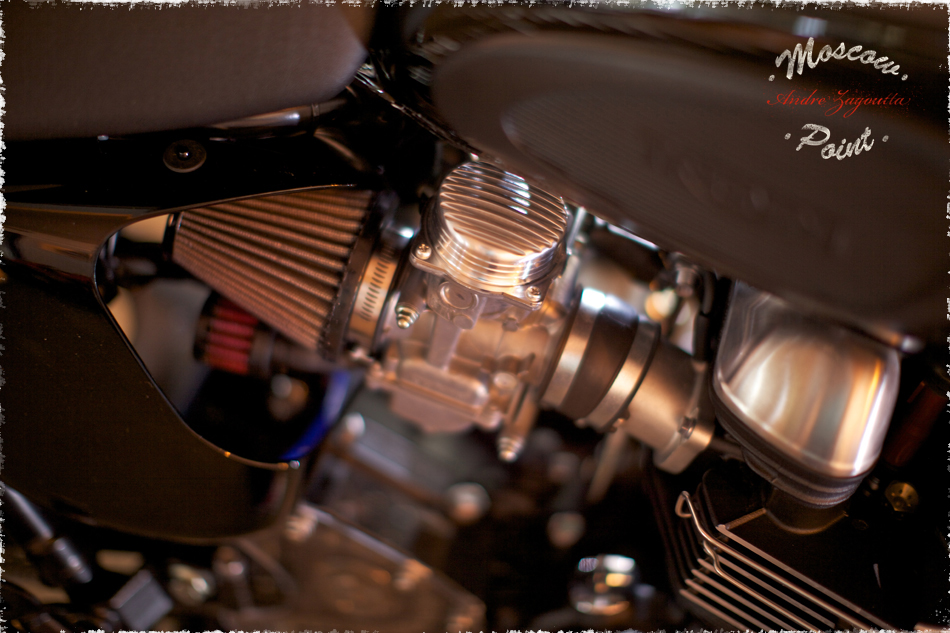 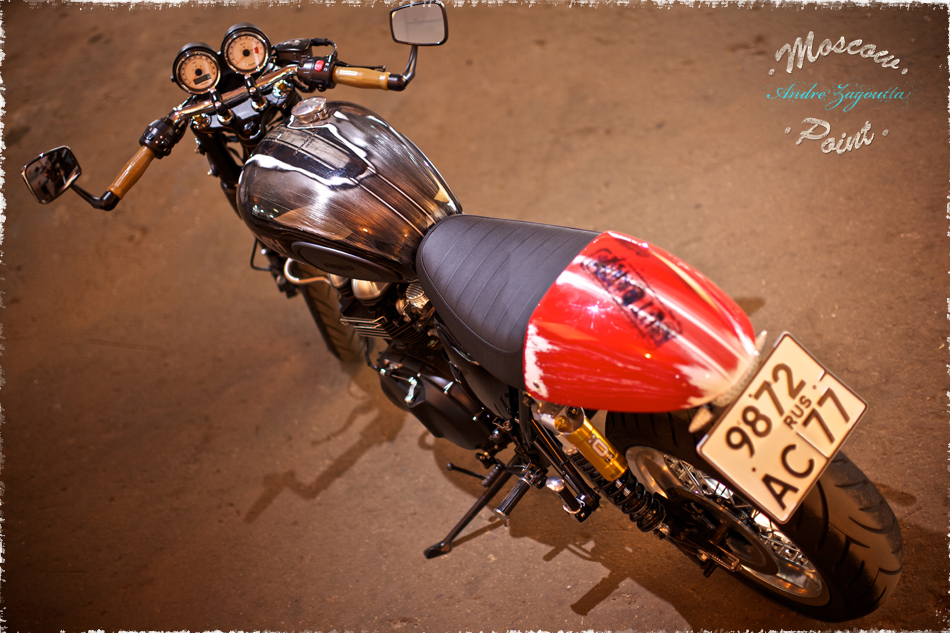 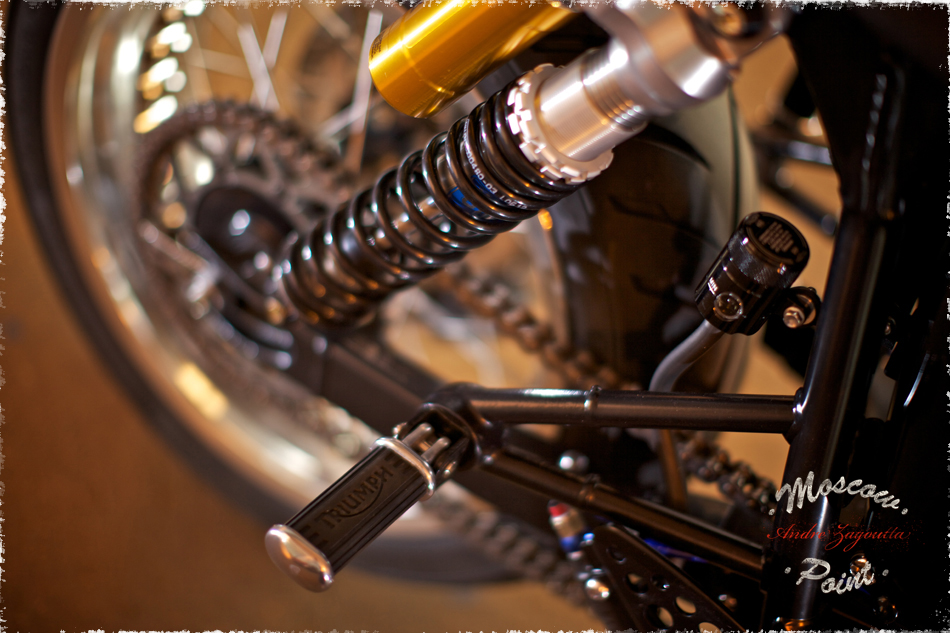 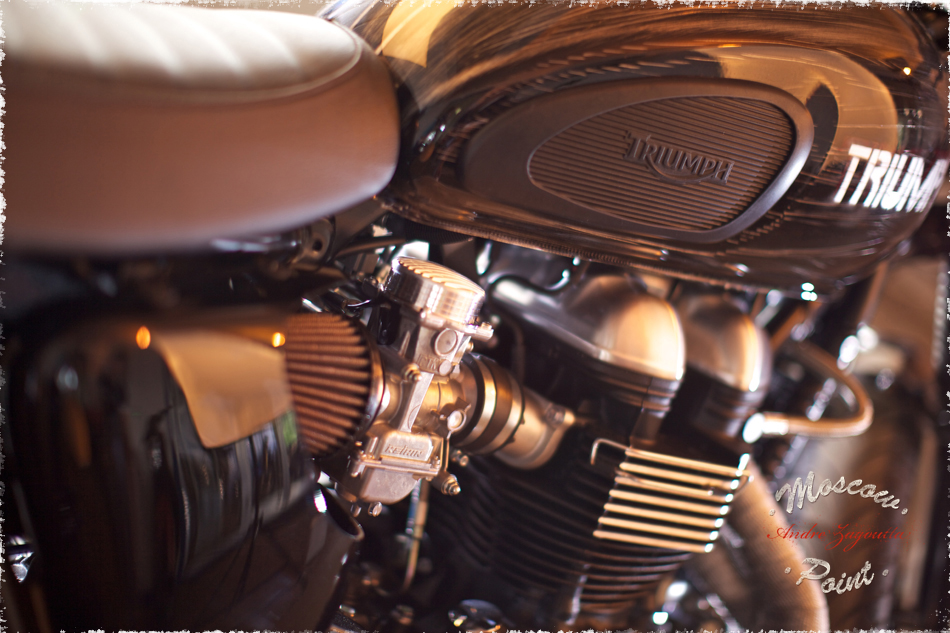 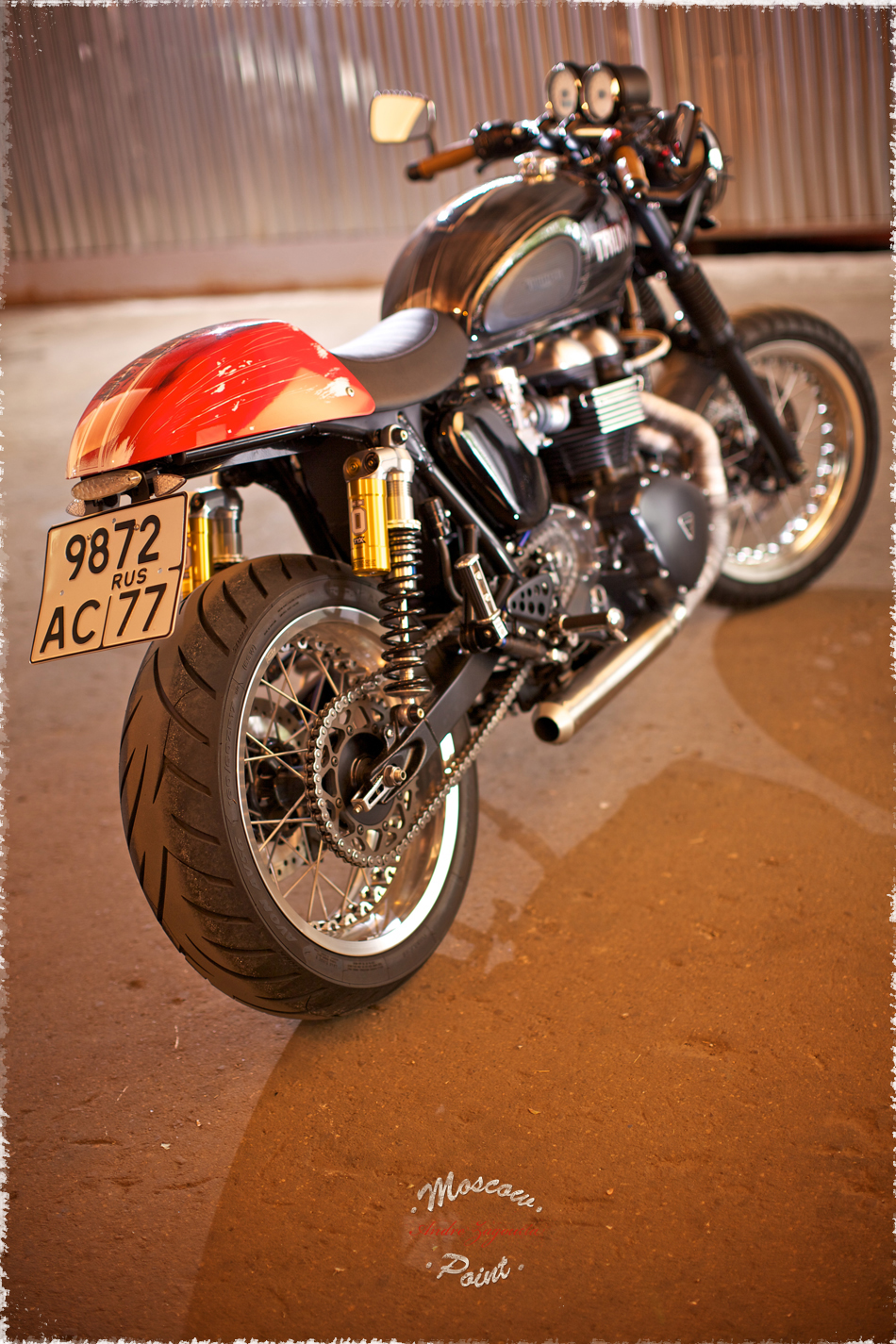 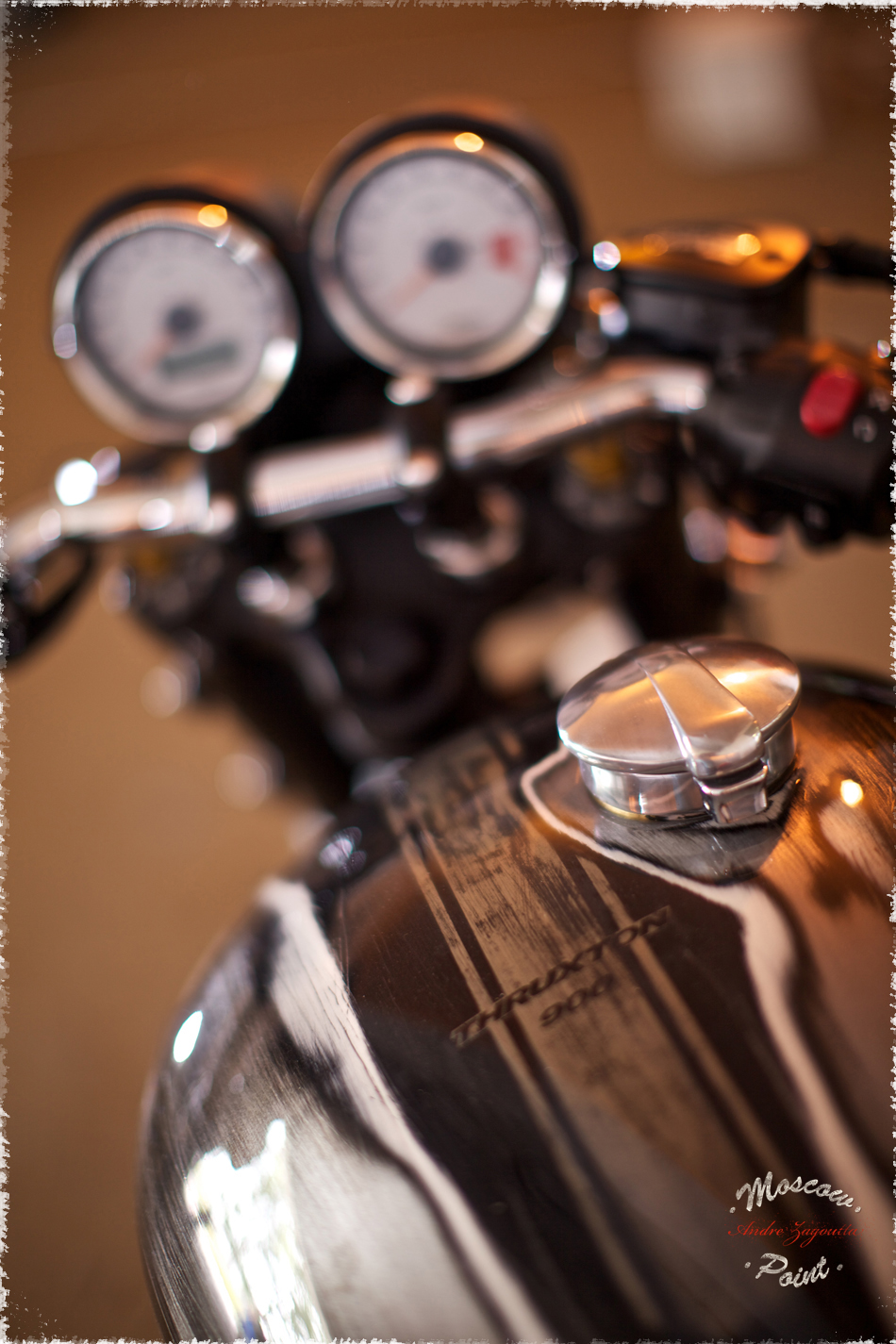 A light accent, a British flag on the left rearview mirror, the fuel nozzle lid Monza on the tank- all this makes a great outcry about the sport background of this steel tiger.
It’s a great surprise but the motorcycle was able to maintain the style of classic 1960 street racing and to obtain much higher technical characteristics in control and dynamics than factory ones. At the same time it did not lose its comfort and reliability. That’s why it is absolutely suitable for everyday use whether it be a city street with crazy traffic, a long-distance journey or a track day. 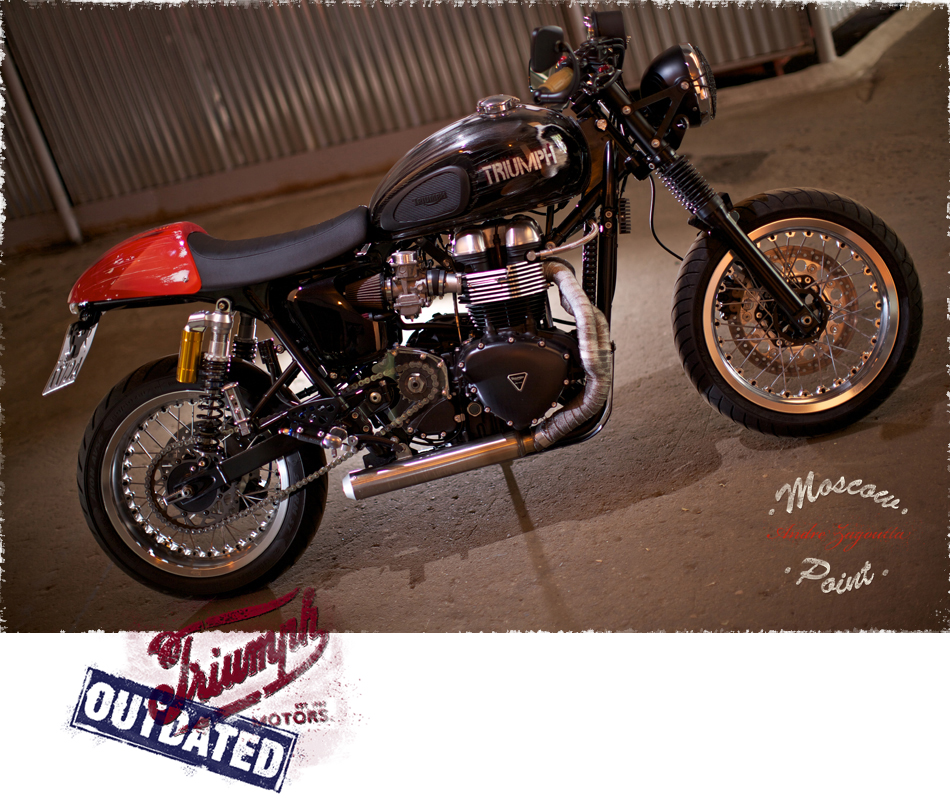 I would like to thank Phillip Khalimov for the provided motorcycle. 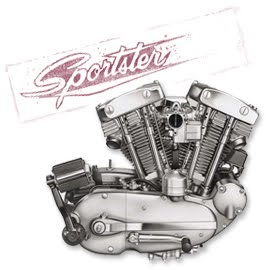 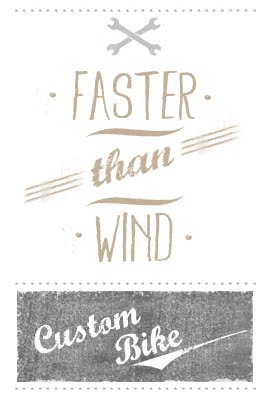 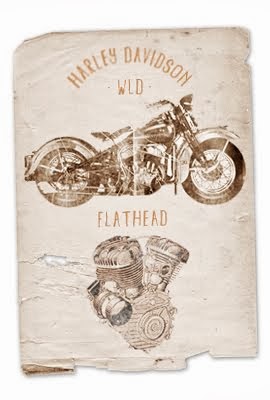 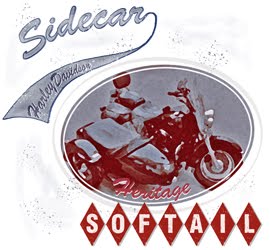 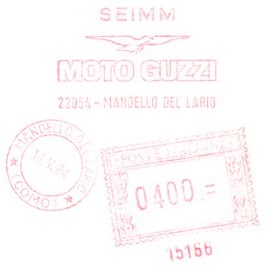 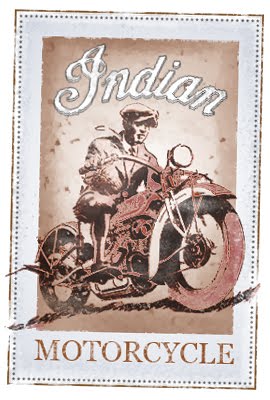 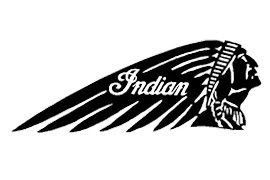